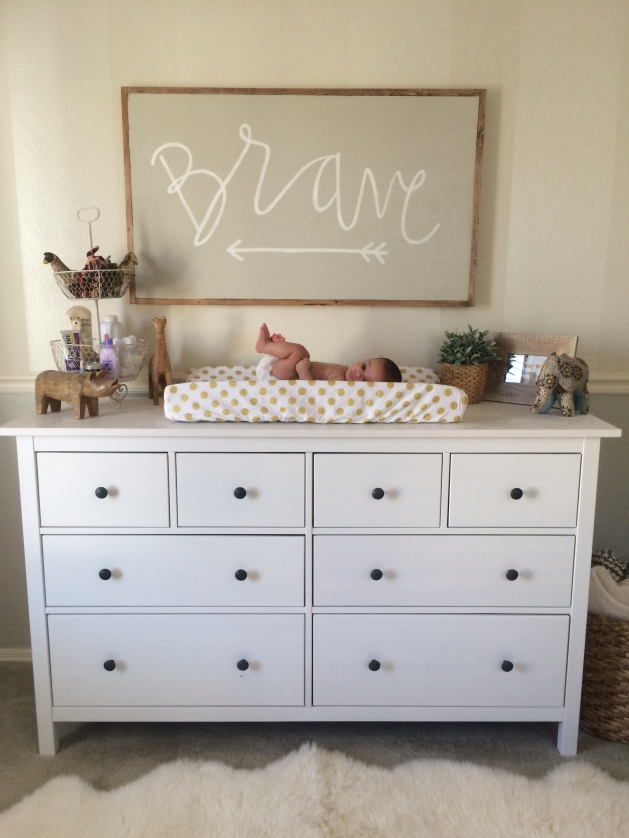 Finding the perfect middle name for our sweet Crew proved to be unbelievably difficult. We wanted a name that sounded right between the names Crew and Thatcher (correct syllables for rhythm, etc.) and a name that had cool meaning. I just couldn’t figure it out.

We prayed. We flipped through name books. We scoured the internet. Nothing.

Caleb and I generally have the same taste in names but one day, just over a month before Crew would be born, Caleb busted through our front door after work and with all of the excitement in the world told me that he had figured it out! He had the PERFECT middle name for our boy!

I didn’t like it at all and I was sure to let Caleb know it! I asked him what the name meant…..he didn’t know.

Perfect. I thought as I looked it up right there on my phone hoping that this would be my way out; that it would have some horrible meaning so that we couldn’t possibly give this name to our precious baby. I mean, Caleb’s reasons for liking the name were that it sounded awesome, like a warrior, and that it is Greek (to which Caleb loves to own his small sliver of Greek heritage!).

“Brave as a lion”

For the love. Are you serious?!

I wouldn’t even tell Caleb at first knowing that the meaning would only cement the idea in for him. And of course, when I finally did divulge the meaning, he was beyond elated!

The crazy thing is that for the few months before Crew was born, as we were preparing our hearts and home for Crew’s arrival, the word “brave” kept coming to us. Every single time I was creating something for his room, “Be brave little one” would play over and over in my head and it would bring tears to my eyes each time.

In fact, because of this word on our hearts, we ended up giving his room a little “brave” theme although that was not the original intention at all. Previously, as we had been praying for specific traits for our future son, bravery was not one of the top on our list, but apparently, it was on the top of the Lord’s list because He definitely spoke it to us over and over.

“Brave as a lion”. I couldn’t believe it.

Fast forward to the hospital, 2 days after Crew was born, still without a middle name… I had nothing. No other runner-up names. I started to think that maybe I should just let Caleb have this one. The name actually started to grow on me a little (although I didn’t want to admit that to Caleb!) and I spent some time talking to one of our nurses in the NICU about it when Caleb had stepped out for a bit.

This sweet lady encouraged me in my marriage. She explained that sometimes (a lot of times actually) in marriage, we need to lay down ourselves and desires for the needs and wants of our spouse. It’s true. This name was HUGE for Caleb and he is huge to me, so I knew what I needed to do.

When I told Caleb that we could give Crew the middle name Leonidas, he completely lit up! You guys, this sweet man of mine was so excited about this that there were tears and hugs and more tears!

And you know what?…..I actually really like it for our sweet Crew. I think it’s very fitting for him.

And even more importantly, I really like it that Crew Leonidas’ daddy loves it so much!